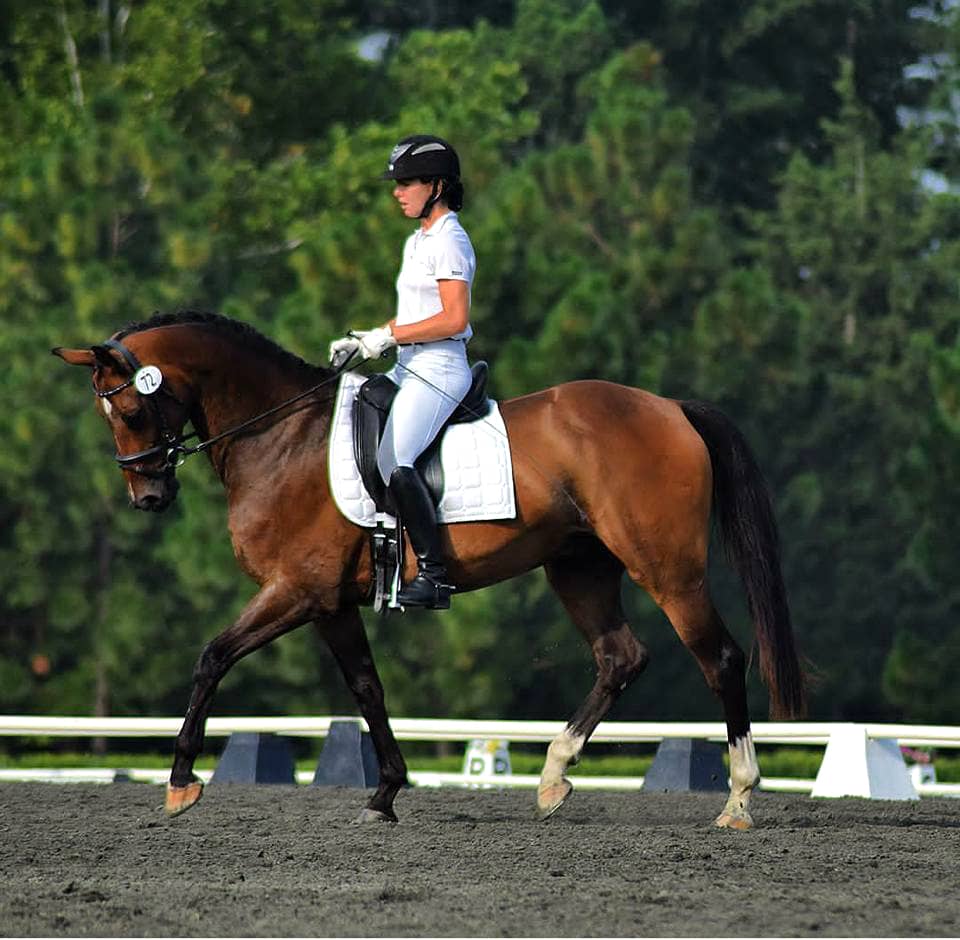 4th/PSG 2008, 16.2hh, KWPN gelding. Located in Charlotte, NC.
Imported from Holland in 2014 with world class bloodlines on both sides. “Theo” is by the well known stallion Rousseau who has produced numerous Grand Prix National Champions all over the world and is out of a mare by another internationally known stallion, Flemmingh – producer of top Grand Prix horses such as Krack C, Santino, and Lingh.
Theo is a refined type with three quality gaits. His temperament is outstanding – solid citizen, no bad habits, extremely trainable, and has a friendly, affectionate personality…he is the one always poking his head over the stall door for attention!! A joy to handle in the barn, stands for vet and farrier, easily loads, travels, and competes.
He is very light in the bridle and in front of the leg without being hot – suitable for a JR or AA wanting to earn their medals and/or go further up the levels.
He has won several 4th level classes with scores to 68% and has a few green PSG starts under his belt with scores to 63%. Starting 2s, 1s, and half steps. This horse is easy to train and has an incredible work ethic. Loves to hack out alone or with other horses and is schooled out in the field at least once a week. Safe and dependable!
Sound and has never been injected. He was recently flexed/palpated – all negative. Fantastic feet and an easy keeper all around. Gets along great with other horses.
Owner is moving overseas and is absolutely heart broken to have to sell this sweet boy. Good home a must!
Asking $65K neg. 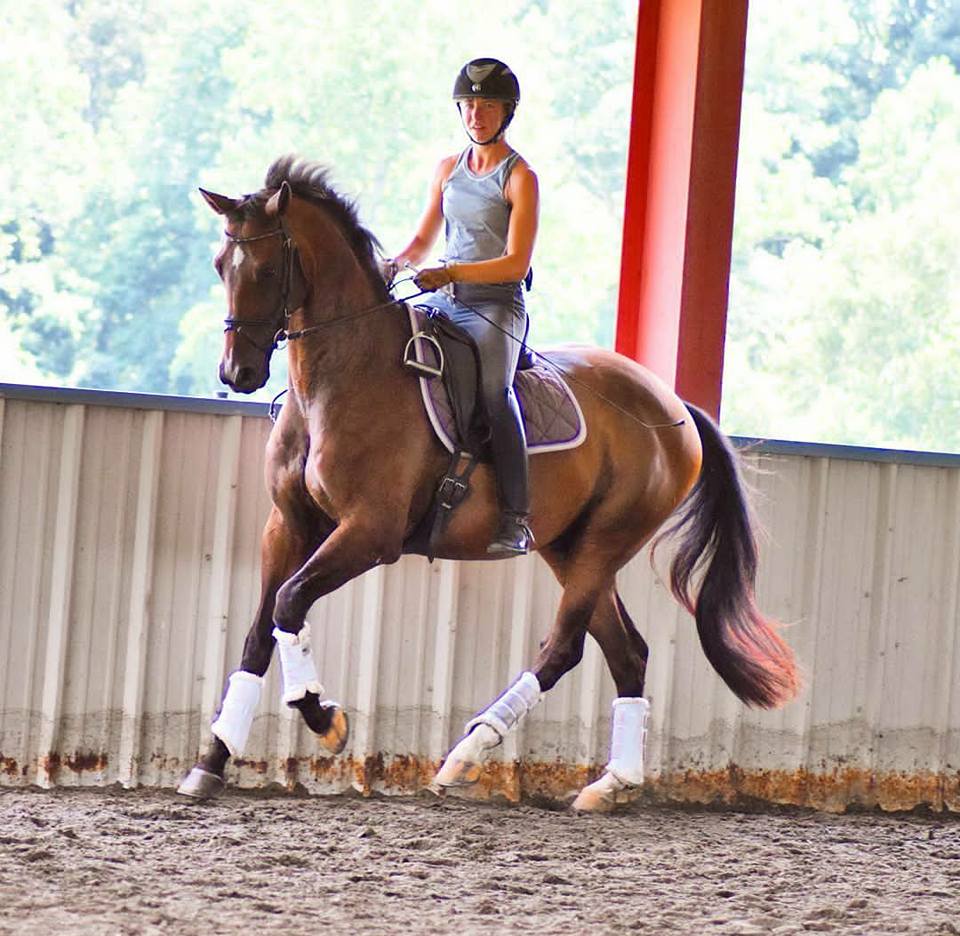 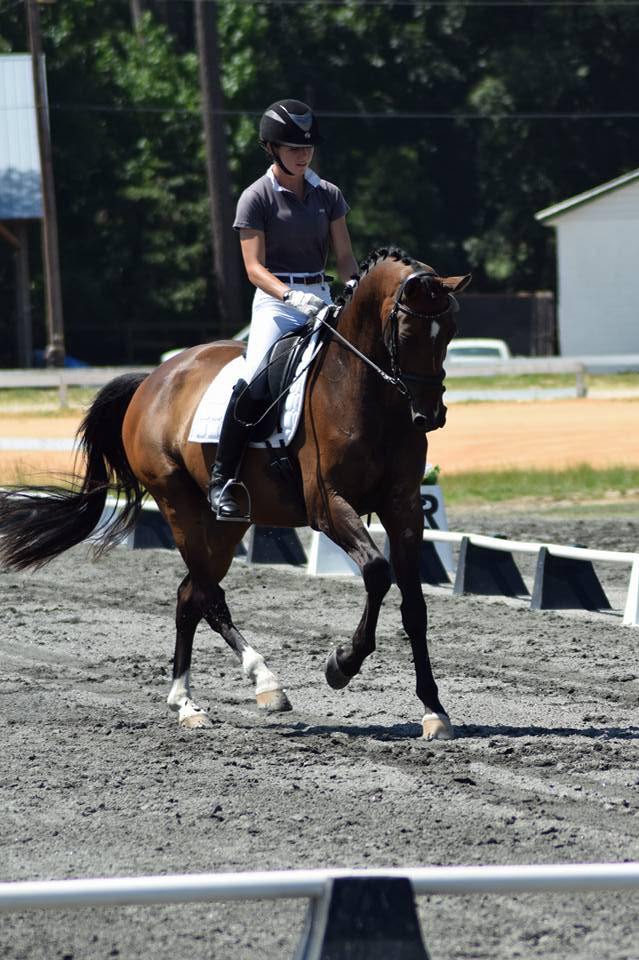